Our April 2023 show will be the fantastic Me and My Girl!

We hope that you will join us at The Windmill Theatre in April! 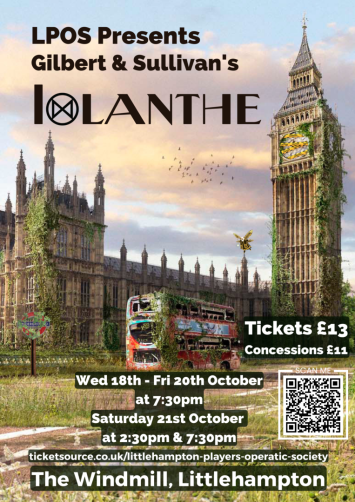 Me and My Girl is a musical with Music from Noel Gay and Lyrics from Douglas Furber and L. Arthur Rose. Set in the late 1930’s, Me and My Girl tells the story of an unrefined cockney chap - Bill Snibson - who discovers that he is in face the 14th Heir to the Earl of Hareford.

Originally running in London in 1937, the show was turned into a film in 1939 under the title The Lambeth Walk after the well-known song from the show. The show retuned to the West End in 1952 before receiving a rewrite by Stephen Fry and Mike Ockrent in the 1980s and then revised again in 1984 where it ran for an outstanding eight years and received two Olivier Awards and simultaneously ran in Broadway for a three-year run where is won three of 11 Tony Award Nominations.

LPOS brings this fantastic show to the Windmill Theatre, Littlehampton in April 2023 and we hope that you’ll join us!